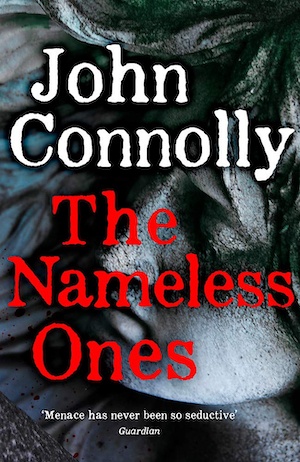 The 19th novel in the Charlie Parker series barely features John Connolly’s troubled detective. Instead, this story belongs to his associates Louis and Angel. Lovers, as well as partners in crime, they are a study in contrasts. Louis is black, always immaculately presented, and a cold-bloodied assassin. Angel is white, shabbily dressed, recovering from cancer, and a thief who will fight if he has too, but would rather not. They are drawn into the story by the murder of Louis’ friend and fixer De Jaager, in Amsterdam.

A decade ago, Louis helped De Jaager arrange the murder of a Serb called Andrej Buha. Buha had killed the husband of De Jaager’s sister-in-law. He was a hatchet man for the Serbian mob in The Netherlands and his sadistic love of violence first came to the attention of his bosses, Spiridon and Radovan Vulksan, as he committed atrocities in the Balkan conflict of the 1990s. Having worked their way to the top of the organised crime pile, the Vulksan brothers are now in late middle age and are settling old scores before a proposed retirement back in Serbia. The thoughtful, calculating Radovan was against murdering De Jaager but Spiridon, impetuous, sadistic, would not be denied.

Last year’s The Dirty South felt like something of a reset for the series; it was a more straightforward crime story than we’re used to from Connolly, certainly much more so than the preceding The Woman in the Woods and A Book of Bones, which taken together worked as one epic story in which supernatural and cosmic horror featured heavily. While The Nameless Ones offers a little Eastern European folklore, here the classic mystery format is exchanged for that of an action thriller.

Louis is appraised of his friend’s death by rogue FBI agents, and sent abroad to kill in the knowledge there will be no legal consequences. What follows is an adrenaline-fuelled chase through Amsterdam, Austria and finally South Africa, as the Vulksans find their options increasingly limited. It turns out that the powers that be in Serbia, keen to see legitimacy conferred on their country by entry into the EU, consider the Vulksans an embarrassment. Like so many powerful people before them, the brothers are surprised to find that time has passed them by.

Connolly has long held a reputation for writing the best villains, and they are no disappointment in The Nameless Ones. The Vulksans are well-drawn and their relationship constantly feels on the brink of collapse. Connolly has picked the Balkan conflict as the well from which to draw his antagonists, and he is careful not to fall in to the trap of trivialising this humanitarian disaster for the purposes of fiction. An author’s note precedes the story, places the conflict in its proper context, and recognises its complexity. The novel is graphic in its depiction of the results of cruelty, even if much of the actual violence happens off the page. I had to go back to Don Winslow‘s The Power of the Dog trilogy to find another story so steeped in violence.

Zorya, perhaps a young girl, perhaps a crone, and a creature of European mythology, provides the link to Charlie Parker through his dead daughter Jennifer. She travels through this world, and the one after, guiding the Vulksans, but finds herself haunted by Jennifer’s spirit. Her death feels like a release.

As much as I enjoy Louis and Angel, the absence of the main detective does leave a hole, and probably means this isn’t the best book for new readers to dip their toe into the series. I would suggest either starting at the beginning with Every Dead Thing, or The Dirty South. If you’re not looking for a new series, then I can see it would act as a great standalone thriller. Devotees of Connolly will of course lap it up.

Why not take a look at our Charlie Parker primer, or check out our review of The Woman in the Woods?