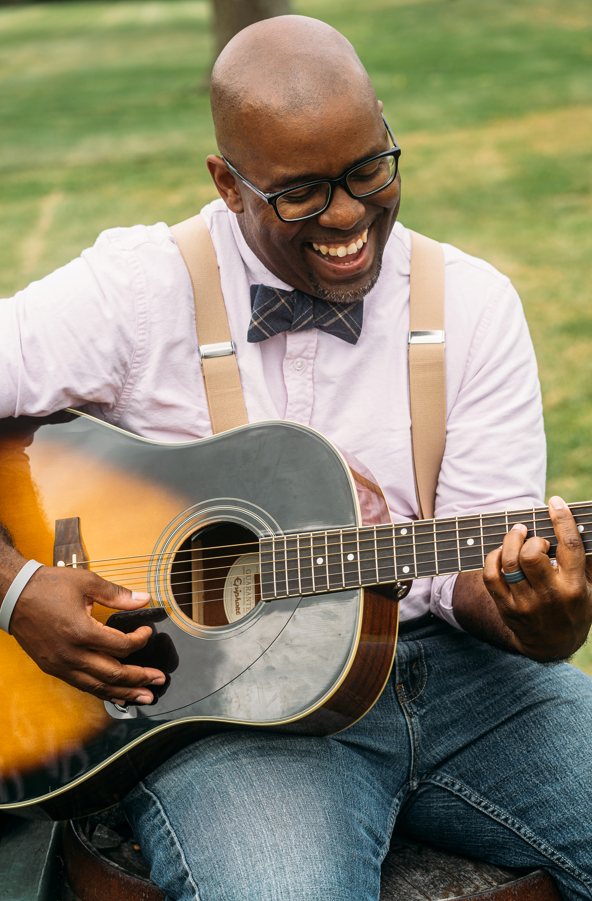 Jeiris Cook, father of 3 boys, husband, producer & RnB artist, hails from the deep south and has musical roots there. Coming from a long generation of both musicians and vocalists, Jeiris’ talent captures and harnesses those skills through his songwriting and vocal delivery.

Singing since the age of 5, he started in choirs, particularly the church his grandparents attended every Sunday. From there, he became influenced by the musical vibes of Michael Jackson, 90s RnB and later soul music of the 60s and 70s.

Who are you taking a page from when it comes to achieving your music goals?

Good question! Actually I look at the trajectory of other indie artists who are further along in their careers. I pay attention to what kind of content they post, how often they release music, production quality, engagement with fans and all the other metrics I have to keep track of. We all have our strengths and weaknesses so I draw on what others are doing well and try applying to my craft. It’s always a work in progress but worth it.

What do you have your heart set on for your music career?

I just want to be able to give people something they can sink their teeth into. And I think to some degree, I am doing it already at a local level. Everytime I play a pub, restaurant, bar or venue, I am always appreciative of the folks who say that my music helped them through something. Or that I made their night. If I can make music that draws out those emotions, it’s a win in my book.

When are you finishing up your next project?

“Drunk” , which will be a single release, is scheduled for January 2022. It’s about one of the few times I overindulged on alcohol, but apparently had the wherewithal to remember certain moments. It’s a mid-tempo soulful tune with a storyline that I think folks will be able to relate to. There will be a full-length album release sometime in the spring so stay tuned.

How do you respond to obstacles in the music making process?

My go to strategy here is to just plow through until I come out the other side lol. That might sound like a horrible way to go about it, but I am more afraid of the paralysis that sometimes comes with challenges. I don’t ever want to stop moving forward so I keep going and worry about the edits later. At the very least, I’d still have a body of work to mold if that makes sense. This is especially true when it comes to songwriting. It’s way too easy sometimes to hit a wall and stop writing. Just plow through and make the fixes later.

What does it take to apply all your focus in making a project come to fruition?

For me it takes planning, follow up and follow through. That means writing down what I want to get done and when. If I’m planning on working with others, I make it a point to reach out and follow up if the project requires more than one meeting. It means sitting down at weird hours or in-between parenting moments and laying down a vocal in my home studio. It’s a balancing act, but well worth it in the end.

What are you gaining from spending your time on ultimately doing what you love?

Piece of mind and the satisfaction of doing what I love full-time. I’ve done so much legwork and hustling just to get to this point in my career. And along the way, I try to celebrate the little victories because they culminate into larger ones. But it’s really a satisfying thought to know that I’ve managed to put together a thriving career in music in just five short years.

Are there any other passions aside from your music that’s getting your attention?

I’m a huge movie buff and Marvel fan. More recently, I’ve started running regularly since July and it’s changed my life. I’d love to do a 5k race in the next few months but we will see. I’m not a fast runner, but it does feel like freedom when I do. Mainly because I don’t think about stopping all the time like I did when I first started!

Thank you so much for having me.