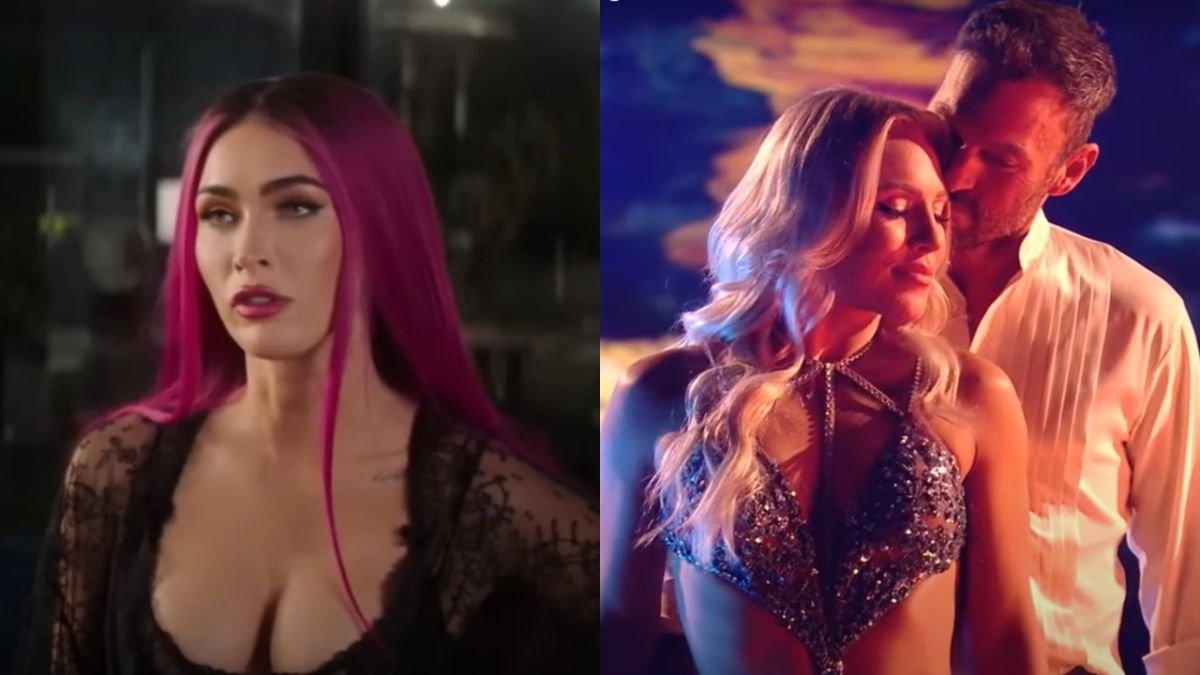 After nearly two years of dating, Sharna Burgess of Dancing with the Stars fame and actor Brian Austin Green welcomed their first child together on June 28. It’s a boy, which technically makes for a fifth son for Green, who already shares three young children with ex-wife Megan Fox, and a 19-year-old with his former Beverly Hills, 90210 co-star Vanessa Marcil. Those worlds have now collided, as the Jennifer’s Body starlet got to meet the newborn for the first time recently. As Burgess tells it, Fox made a really sweet comment in that moment.

The new kid’s name is Zane Walker Green, and it’s the 37-year-old professional ballroom dancer’s first baby. Naturally she’s elated about his arrival, saying in her announcement about it on Instagram shortly after the birth, “My heart is now forever outside of my body.” Apparently the new addition to the family made quite the impression on Megan Fox too when she got her hands on him. Sharna Burgess explained to Us Weekly:

A baby who doesn’t really cry? That is an impressive feat in and of itself. But it’s also nice to hear that Sharna Burgess, Brian Austin Green and his ex Megan Fox are pretty chill themselves when it comes to blending families. As we’ve come to learn through the complicated feud between Kim Kardashian’s ex-husband Kanye West and her current boyfriend Pete Davidson (who once asked Fox for Kardashian’s number), it’s not always easy moving on when there’s romantic history involved.

However, Sharna Burgess had spoken out months prior to her even getting pregnant about how great the infamous actress and Brian Austin Green have been with co-parenting their own kids together – Journey, 9, Bodhi, 8, and Noah, 5. In fact, she gushed at the time that the two veteran parents were “wonderful and sweet and kind and considerate.” Now Baby Zane is on the scene, and they all haven’t missed a beat in being amicable.

Which is all good news because Megan Fox and Brian Austin Green also were only just able to completely finalize their divorce in February after lengthy legal proceedings about it. Fox has since moved on in her own way, obviously with rapper Machine Gun Kelly, who Fox got engaged to in January. (An engagement that Green is supposedly all “good” with.) Their very on-brand goth wedding is still reportedly in planning mode, but when they do finally tie the know, we expect a John Krasinski-Emily Blunt or Melissa McCarthy-Ben Falcone scenario on our hands, with a twist. Meaning, MGK has already directed/co-starred with his fiancée in his latest film endeavor, Good Mourning.

Alas, though, will Sharna Burgess and Brian Austin Green eventually get married someday as well? The Dancing with the Stars pro shared ahead of her baby boy’s birth in March, per Us Weekly, that they have had discussions about marriage, but ultimately, they are in no rush. She added that their relationship wasn’t ever about strict timelines in the first place because they want to “like, let life be life.” Nonetheless, matrimony remains the “endgame” for her and Green.

As for how the Fox-Green boys feel about their new relation? About the same as their mom, it appears. When talking about Megan Fox’s lovely reaction to her son, Sharna Burgess continued that the older kids are “obsessed” with Zane, saying:

Sharna Burgess claimed to the same outlet that she’s still down to do some rumba-ing on the upcoming Season 31 of Dancing with the Stars, pending her doctor’s approval. The cast list hasn’t been confirmed as of yet, but the competition series is slated to premiere via the Disney+ subscription in the fall. Likewise, fans of the majorly chill family can expect Megan Fox’s steamy turn in The Expendables 4 later this year on the list of 2022 movie releases!