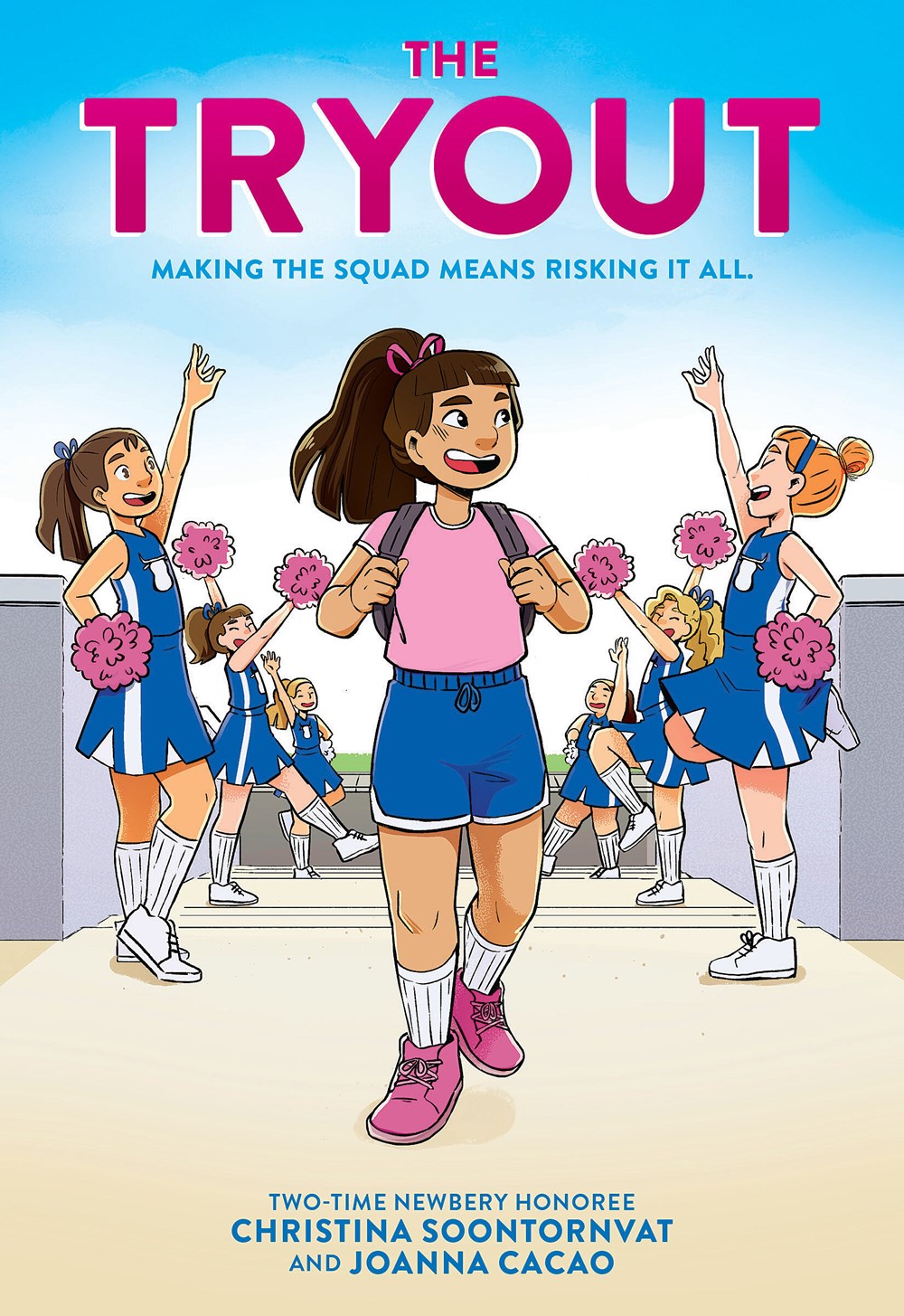 Christina lives in Grangeview, Texas, population 12,000, where she’s used to being one of the only Asian American students in her classes. She’s dealt with teachers who struggle to pronounce her last name and classmates who make fun of her lunch. When she explains that her dad is from Thailand, another student corrects her: “I think you mean Taiwan.”

As The Tryout opens, Christina feels ready to take on middle school, but she doesn’t have any classes with her Iranian American best friend, Megan, whose own experiences of standing out in Grangeview uniquely enable her to understand Christina. So when Megan asks Christina to try out for the cheerleading squad, Christina agrees enthusiastically. Beneath the surface of The Tryout’s seemingly simple story of friendship and cheerleading lies a compassionate exploration of identity, what it means to be a good friend and the pull of popularity.

Two-time 2021 Newbery Honor author Christina Soontornvat has written middle grade fiction and nonfiction as well as picture books. The Tryout is her first graphic novel as well as her first book with autobiographical elements. As a narrator, her fictional self embraces the complexities of life on the cusp of adolescence; she sees through social norms but still longs to be perceived positively by her peers. When Megan explains the Texas homecoming custom of enormous corsages called mums, Christina says that it’s “such a weird tradition,” but a thought bubble reveals that she’s also thinking, “I totally want one.” As she learns from some pretty big mistakes, Christina also reminds readers that raising themselves up isn’t worthwhile if it means putting others down.

In her author’s note, Soontornvat explains that she never thought she would share the story in The Tryout, until she realized that “talking to one another and sharing our stories is how we make change.” The result is a book that balances loving where you’re from and still wanting to see it improve. The Tryout is a strong addition to the rapidly growing genre of autobiographical graphic novels for middle grade readers that will fit wonderfully on shelves alongside Kathryn Ormsbee and Molly Brooks’ Growing Pangs, Damian Alexander’s Other Boys and Tyler Page’s Button Pusher.