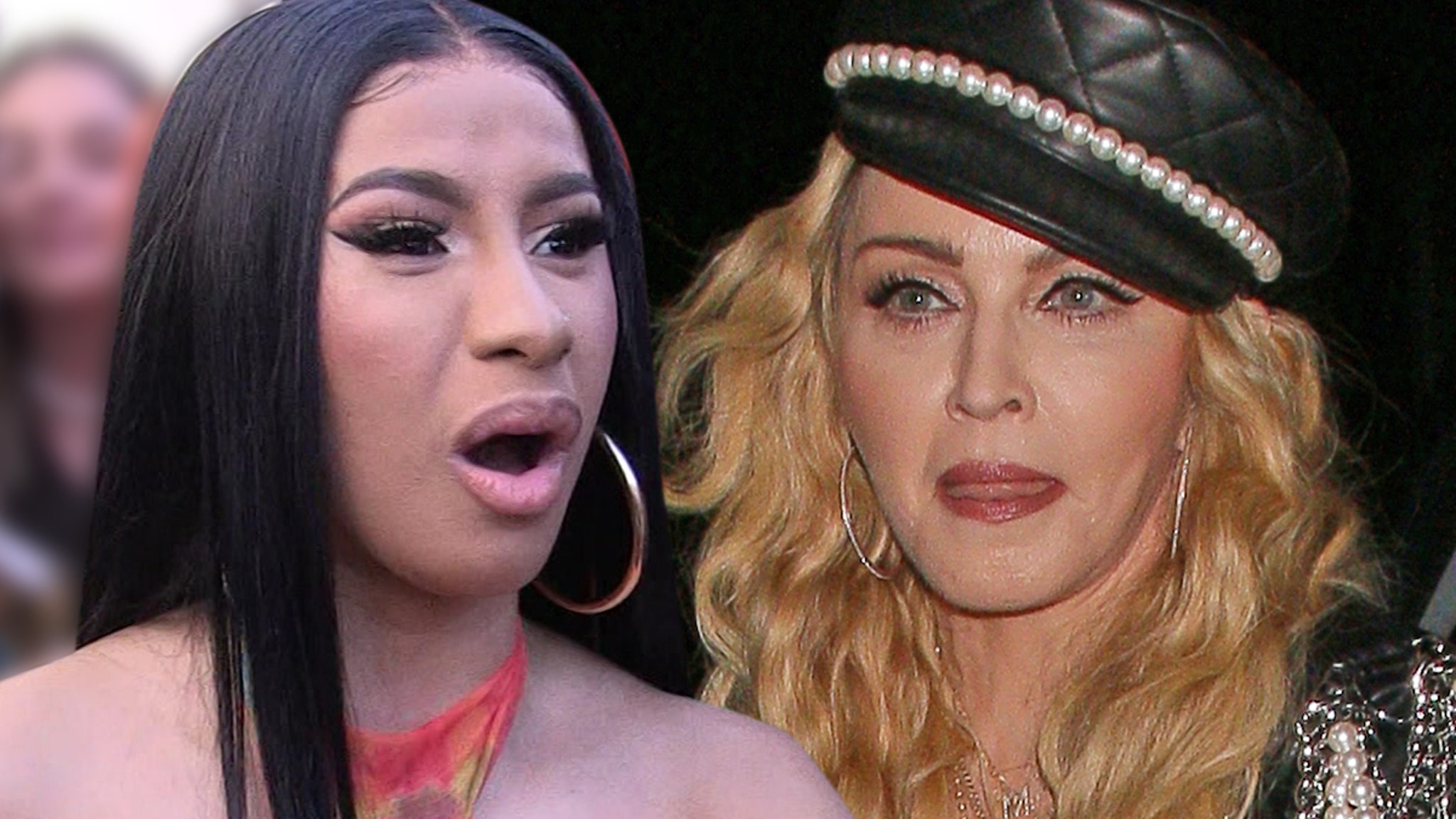 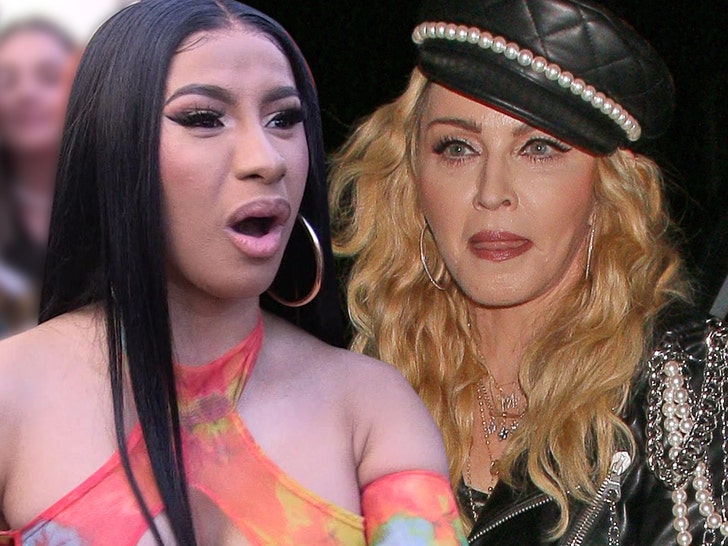 Madonna apparently wanted credit for “paving the way” for a ton of modern-day artists to embrace their sexuality — but the way she said left a very bad taste in Cardi B‘s mouth.

Madge pissed off Cardi this weekend with a passive-aggressive note she posted on her IG Stories — one in which she celebrates the 30-year anniversary of her infamous “S.E.X.” book, but in the same breath … seems to take some shots at a select few ladies by name. 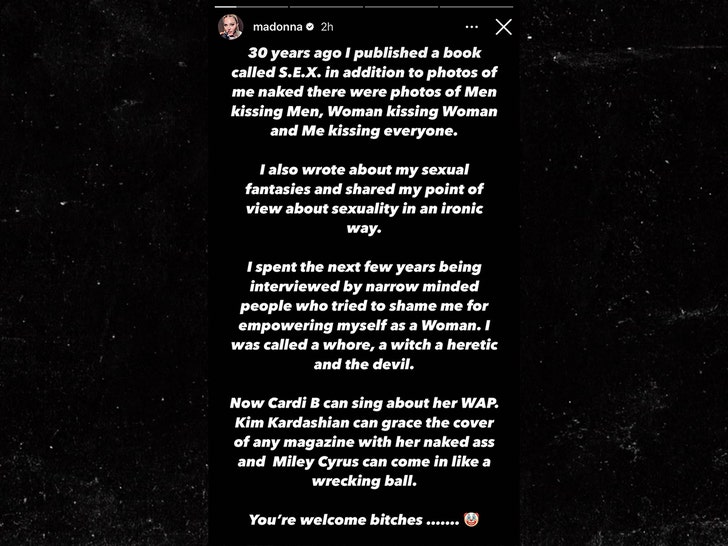 She describes the boundaries she pushed back then and how influential her book turned out to be in pop culture despite the backlash she endured, going on to say … “Now Cardi B can sing about her WAP, Kim Kardashian can grace the cover of any magazine with her naked ass and Miley Cyrus can come in like a wrecking ball,” adding, “You’re welcome bitches 🤡”

That last part is what’s pissing off CB — ’cause she’s on Twitter right now absolutely s****ing on Madonna for it. In one tweet, she says … “These icons really become disappointments once u make it in the industry that’s why I keep to myself.” 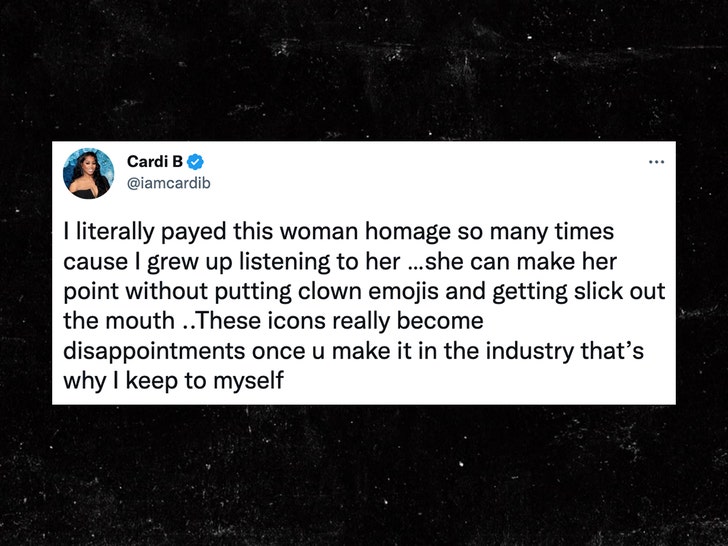 There are other tweets where Cardi expresses her anger over the fact Madonna felt the need to both ask for a pat on the back while also hurling what Cardi perceives as an insult.

It seems Cardi’s catching a little bit of heat for being so vocal about her criticism of Madonna … with some folks telling her to chillax — but she’s doing the exact opposite, digging her heels in and insisting on defending herself against anyone … icon status or not.

EXACTLY SAY WAT YOU WANT TO SAY BUT DONT INSULT ME THE FUCK …nobody gonna lil girl me (specially a white woman) https://t.co/Q7hYosLJmW

For Cardi, it comes down to tone and she simply feels Madonna could’ve made her point without being rude. And as most people know, CB’s not afraid to square up (digitally) against anyone these days. She’s in constant feuds on Twitter, and now Madonna’s on the list too.

Madonna versus Cardi B … what a world!