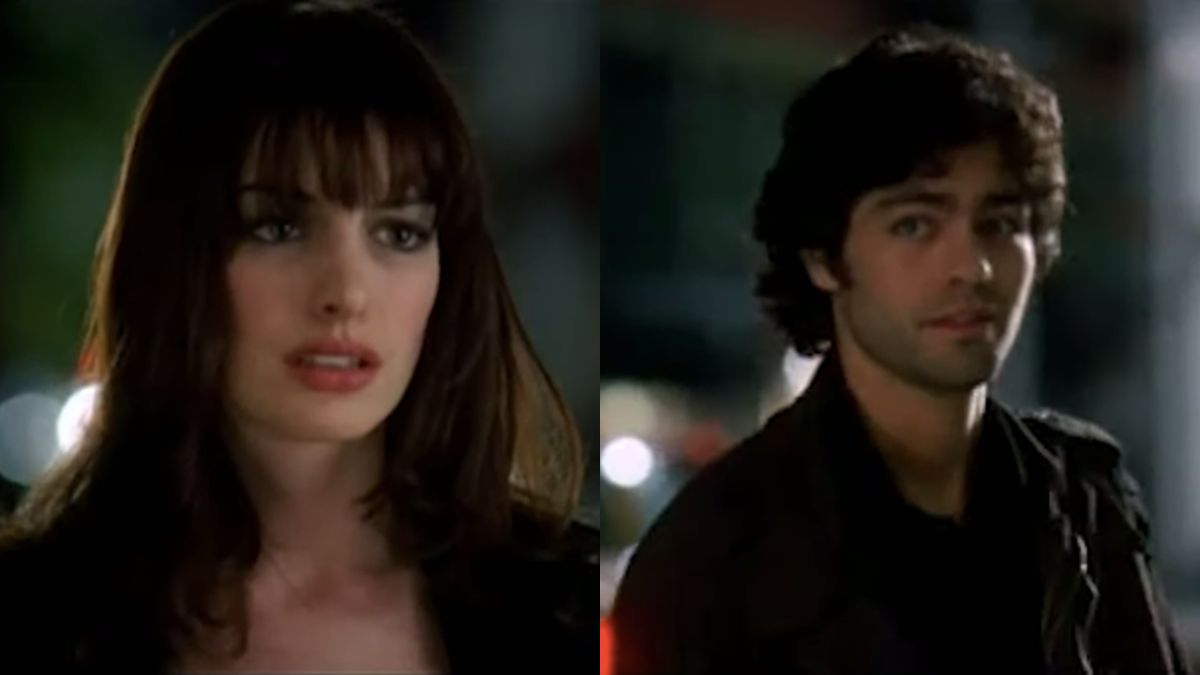 One of Anne Hathaway’s best movies is The Devil Wears Prada where aspiring writer Andy decides to work as an assistant under Miranda Priestly, one of the toughest fashion magazine editors in the business. However, as the working relationship between Andy and Miranda strengthens, her romantic relationship with her boyfriend, Nate, deteriorates. Years after The Devil Wears Prada came out, there was some backlash against the character of Nate, saying he is the film’s “true villain,” and Hathaway has something to say about that.

Entertainment Weekly collected tweets and other social media posts from fans saying Nate was the “true villain” of The Devil Wears Prada. They pointed out that he mocks his girlfriend’s new job at the fashion magazine and was not very understanding about her grueling job tasks. While being interviewed on Watch What Happens Now Live with Andy Cohen, the actress gave her two cents on whether or not Nate holds “true villain” status in the film.

It is true that people change all the time. Maybe Nate wouldn’t have liked who he was with Andy if he was looking back at that time in his life today. Andy certainly didn’t know what turn her life would take while working as Miranda’s assistant. That’s why it was a bold move at the end of the comedy-drama film when Andy didn’t choose Miranda or Nate. She chose herself by starting a new chapter in her life charging forward with her new career at a publishing firm.

It’s possible that the strongly negative opinions about Nate are a bit one-sided. Sure, it comes across that Nate doesn’t appear supportive of Andy, and he whines about her not being there enough for him. However, like The Devil Wears Prada screenwriter once responded on the Nate issue, he was supposed to be the “naggy wife” role while Andy pursued her career. It’s a role we’ve seen plenty of times played by women where the man transitions to a new job or hobby and the female love interest complains. It reminds me a lot of Patrick Dempsey’s character in the school movie Freedom Writers when he couldn’t support his wife’s teaching job and refused to be her “wife.” While characters like this serve as the obstacle aspect of the story, it would be nice to see both sexes in this situation be supportive of their partner’s career.

When you rewatch The Devil Wears Prada, you can see that while Nate lacks execution in his points, the message he tries to convey comes from a good place. After all, Andy is just using her job with Miranda as a stepping stone toward her writing career. Being an assistant to a demanding fashion editor was never a dream of hers. He could see her transition to be a woman who in one moment criticized fashionista types to becoming one of them the next moment. It’s hard for him to watch which leads to anger and frustration.

Anne Hathaway forgave the character of Nate for how he was with her character during the course of the movie. Hopefully today, Nate is still making those delicious late-night grilled cheeses and being more supportive of his current girlfriend’s career.

You can watch The Devil Wears Prada with a Peacock subscription. Be sure to keep up with CinemaBlend’s upcoming movies to learn about Anne Hathaway’s next roles as well.