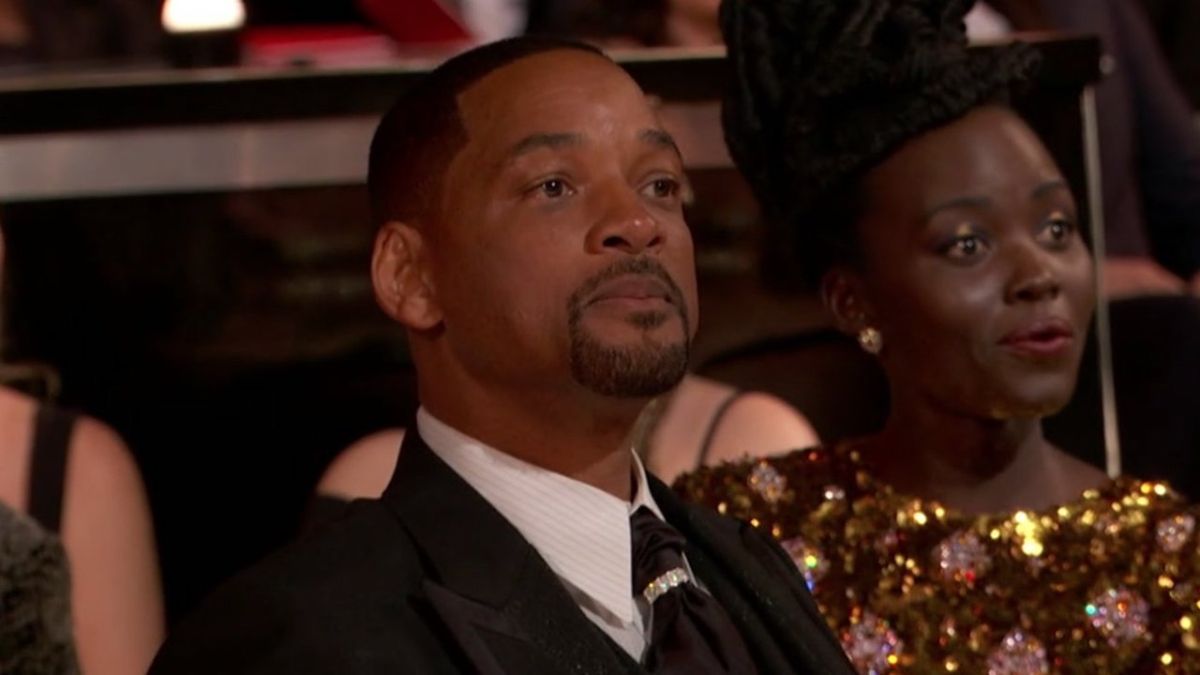 It’s been seven months since the winners of the 94th Academy Awards were presented on ABC, and yet rather than any of the recipients of those golden trophies still regularly entering conversations, the most popular topic concerning that night continues to be when Will Smith slapped Chris Rock onstage. Now that surprising moment has reached a new level of pop culture resonance: being turned into a child’s Halloween costume, and we have The View to thank for it.

The View hosts Joy Behar, Whoopi Goldberg, Sara Haines, Sunny Hostin, Ana Navarro and Alyssa Farah Griffin, all of whom were costumed up for All Hallows’ Eve brought the show’s wardrobe supervisor Ashley Alderfer-Kaufman (who was dressed as Sadie Sink’s Max from Stranger Things) to present trick-or-treaters who wore costumes centered around “hot topic” 2022 news items, including the Choco Taco, Dr. Oz shopping for produce and replicas of the outfits Margot Robbie and Ryan Gosling were wearing while shooting on-location for Barbie. This segment of The View ended with a young’un dressed as an Oscar statuette with a red handprint over their right cheek. See for yourself!

Wow, The View actually went there! It would have been easier ti have two kids dressed in tuxedos to pose as Will Smith slapping Chris Rock, but why show kids pretending to engage in violence on TV? At least this Oscar costume gets points for creativity and most definitely screams 2022. However, unless Smith’s act of violence continues to be regularly talked about over the next year, this is basically the first and only time a costume like this will be a hit for Halloween festivities.

For those who need a refresher, Will Smith slapped Chris Rock after the SNL alum, who was in the middle of presenting the Best Documentary Feature category, made a joke about Jada Pinkett Smith’s bald head, which she had been shaving due to her alopecia areata. Smith later resigned his membership from the Academy of Motion Picture Arts and Sciences, and soon after he was banned from attending the Oscars or any other Academy-related event for the next 10 years. Smith publicly apologized for hitting Rock in September.

Will Smith has been back in the news for promoting his upcoming movie Emancipation, which dropped its first trailer at the beginning of October. Smith even showed the movie to some of his fellow Hollywood heavyweights and held a screening for the LA Lakers, but it’s clear that the Oscars slap is still on a lot of people’s minds when thinking about him, including Kevin Hart giving his take on the situation. Even with his Q score falling potentially not mattering anymore, don’t be surprised if the slap continues to be discussed in the months leading up to the next Oscars ceremony.

Speaking of which, the next batch of Academy Awards will be handed out on March 12, 2023, with ABC once again handling the broadcast. You’ll be able to watch Will Smith in Emancipation with your Apple TV+ subscription starting December 9.