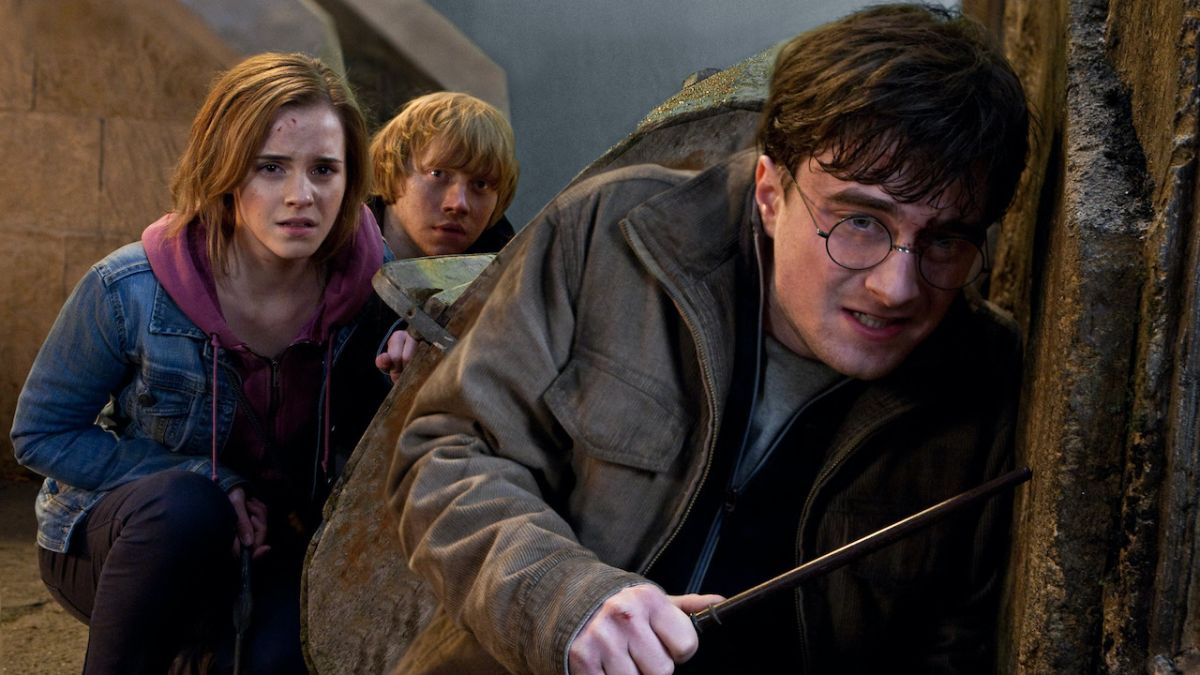 Although the Wizarding World film franchise has been kept afloat in recent years through the Fantastic Beasts movies, it’s been over a decade since the final installment in the main Harry Potter film series, The Deathly Hallows — Part 2, was released. Aside from a sequel play called The Cursed Child being premiering in 2016, there’s never seemed like a way we could pop in Harry’s direct world again. And yet, Warner Bros. CEO David Zaslav has expressed interest in keeping the Harry Potter movies going, provided that the property’s creator, author J.K. Rowling, is on board.

During in an investor’s call on Thursday (via THR), David Zaslav said Warner Bros. is “going to focus on franchises,” noting that “we haven’t had a Superman movie in 13 years. We haven’t done a Harry Potter in 15 years” (it’s actually been nine years since Man of Steel came out and 11 years since the second part of Deathly Hallows). Zaslav then mentioned that both the Harry Potter and DC movies “provided a lot of the profits for Warner Bros.” over the last 25 years, and later said he’d like to see more entries in the former film series. In his words:

So for now, David Zaslav is only interested in revisiting the Harry Potter corner of the Wizarding World if J.K. Rowling is on board, but the fact that he mentioned this at the investor’s meeting suggests this is more than just a whim to him. Although J.K. Rowling didn’t handle writing the big screen adaptations of her books, she did co-write the three Fantastic Beasts movies. Assuming more Harry Potter movies were to end up on the proverbial table, it’s unclear if Zaslav is thinking about her co-writing screenplays again or simply wants her involved in other aspects of the creative process.

Of course, J.K. Rowling is seen in a much different light by the general public now compared to when the original Harry Potter movies were being released. The author has been surrounded by controversy over the last several years over her views on the transgender community, resulting in various people from the Harry Potter movies, including Daniel Radcliffe, speaking out against her rhetoric. On an unrelated note, Rowling also didn’t participate in Harry Potter 20th Anniversary: Return to Hogwarts (released to HBO Max subscribers), with the author turning it down because the special was more about the movies than the books, “quite rightly.”

Despite J.K. Rowling being a controversial figure these days, David Zaslav is evidently keen on looping her into any future Harry Potter film endeavors, though again, such endeavors aren’t a done deal at this moment. Frankly, Warner Bros.’s plans for the Wizarding World are shrouded in uncertainty right now. Although the Fantastic Beasts film series had been envisioned to consist of five movies, there’s been no word on if the studio intends to move forward with them following The Secrets of Dumbledore’s underwhelming critical and commercial performance. There was also once talk about developing a live-action Harry Potter TV series, but it doesn’t sound like that’s in the cards anymore.

Should you wish to rewatch Harry Potter’s cinematic journey, the eight movies are now back on HBO Max alongside the three Fantastic Beasts movies. Should any concrete plans form about revitalizing this corner of the Wizarding World with J.K. Rowling, we’ll let you know.