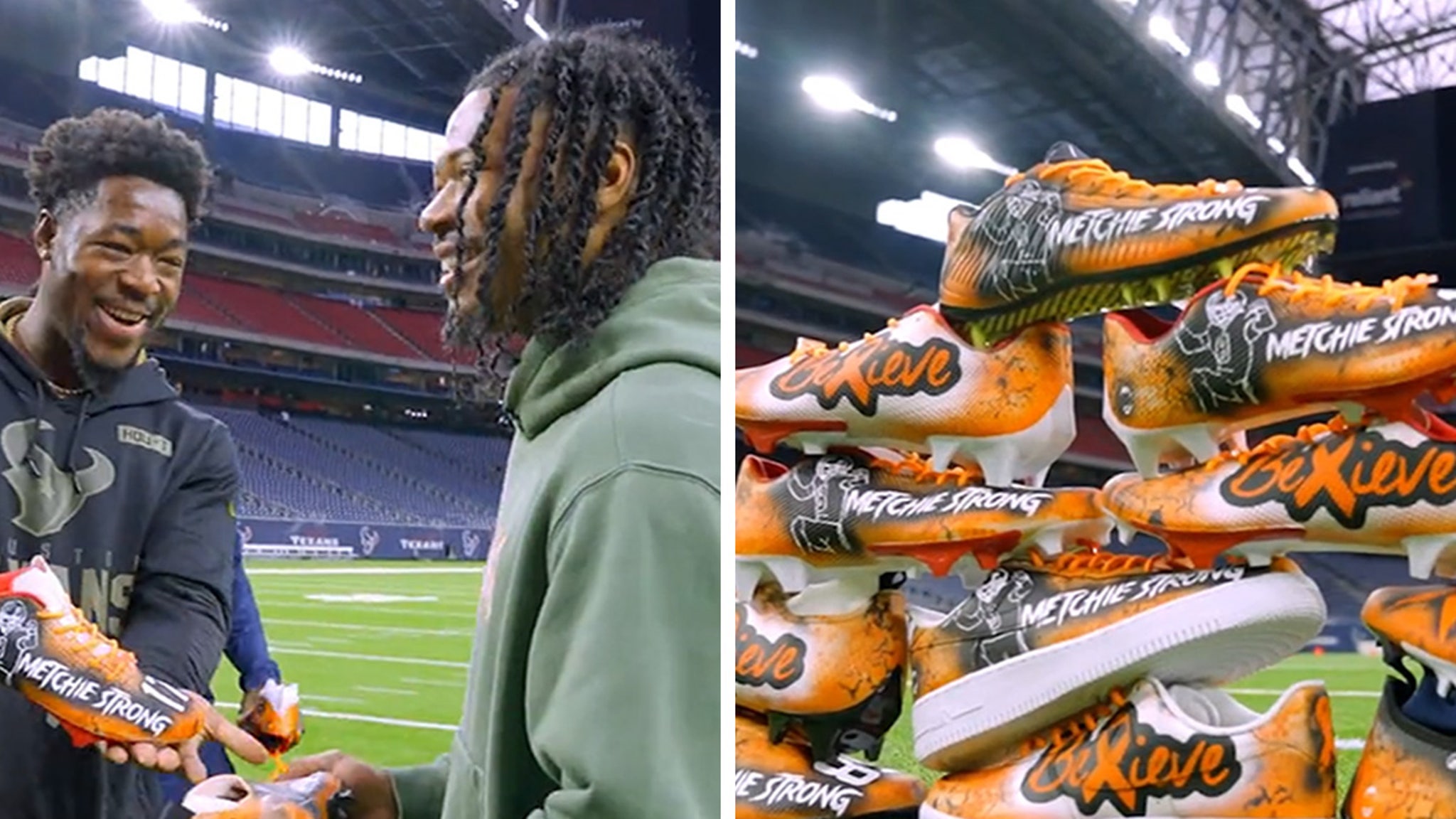 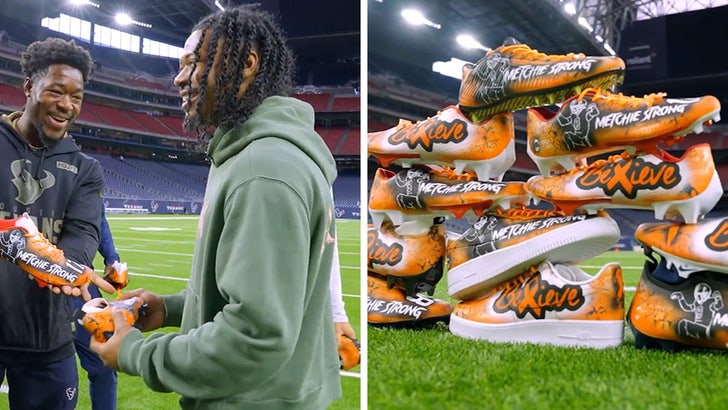 Texans wide receivers will honor their teammate, John Metchie III, with sets of custom cleats this week … paying tribute to the wideout as he continues his battle with leukemia.

The guys, led by star Brandin Cooks, surprised the 22-year-old with the idea on Tuesday … showing off the special spikes that they’ll don for their game against the Browns on Sunday.

The orange-themed cleats pay homage to John’s signature “Karate Kid” touchdown celebration that he made famous while playing for Alabama. They also say “Metchie Strong” and “Believe” on the sides. 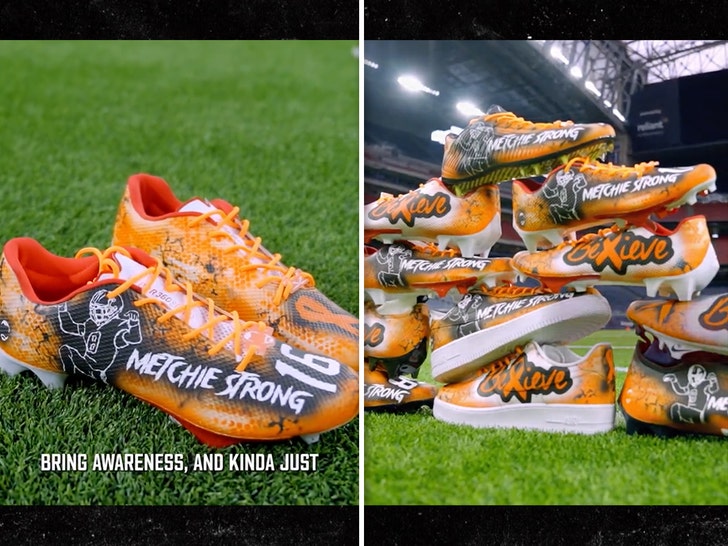 And, check out video that the Texans shared Tuesday, Metchie III was blown away by it all.

“We love you,” Cooks said to the wideout while unveiling the cleats. “Keep inspiring us in everything that you’re doing. You know we’ve got your back every step of the way as best we can, for sure.” 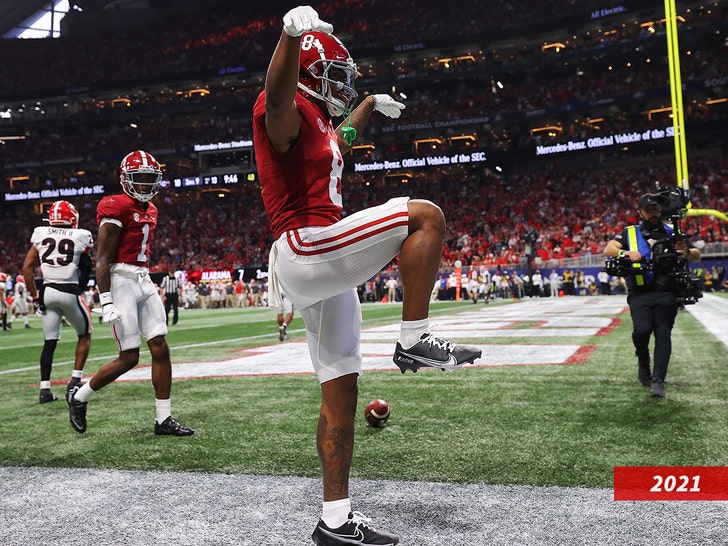 Metchie III was selected in the second round of the 2022 NFL Draft by the Texans … but the team announced in July that he would miss the season following his leukemia diagnosis.

He’s been seen regularly on gameday sidelines and practices throughout this year … and is reportedly doing well in his battle.