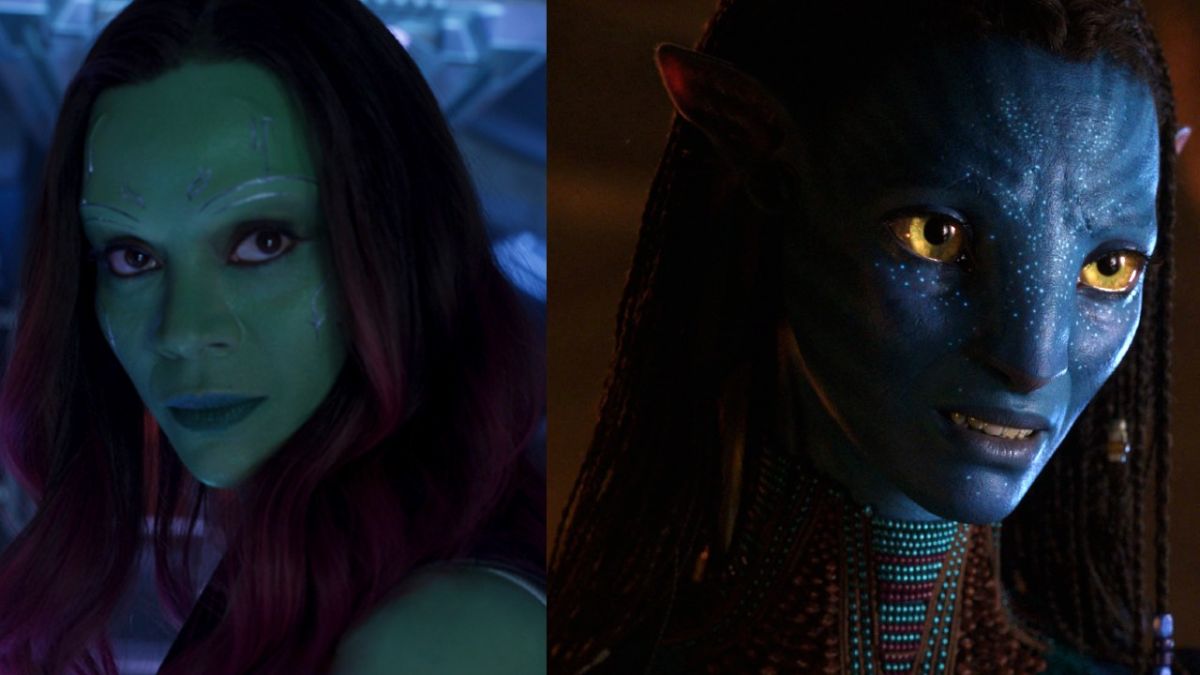 In the last decade or so, numerous Hollywood stars have attached themselves to major movie blockbuster franchises. And movie star Zoe Saldaña is no different. She’s dedicated her career in recent years to notable franchise roles – Lt. Uhura in Star Trek, Gamora in Guardians of the Galaxy (and the greater MCU), and Neytiri in Avatar. Starring in several billion-dollar movies seems great on paper with each film increasing Saldaña’s Hollywood profile. But it appears everything that glitters isn’t gold as the MCU star opened up about feeling stuck after working on major properties.

Saldaña’s words came on the heels of the actress gearing up for one of 2022’s blockbusters, Avatar: The Way of Water, which hits theaters on December 16. With mountains of promotion ahead for the much-delayed sequel, the Hollywood star was honest with WWD about lacking a sense of creativity working on nothing but big-budget movie franchises for a decade.

Playing notable characters across multiple franchises has been a double-edged sword for the beloved actress. Her increased profile allowed her to take on more roles but led to her being seen as only a sci-fi and action star. Luckily, Saldaña has broken out of her runt in recent months through the maligned farce Amsterdam and the beloved Netflix miniseries From Scratch. It seems like the MCU star is finally starting to find a balance as she will follow up Avatar 2 with one of 2023’s biggest films, Guardians of the Galaxy Vol. 3, hitting theaters on May 5.

While she felt pigeonholed as a franchise star, Saldaña used her frustration to push back against Hollywood’s ageist beliefs. Like many actresses, the Star Trek star has dealt with issues centered around her desirability as a wife and mother of three. She decided to that control of her career again as a 44-year-old actress in entertainment.

Saldaña is taking control of her acting career after spending a decade being a reliable blockbuster action star. She’s fighting against Hollywood’s obsession with women and aging by going for and creating projects for herself if the system won’t.

Zoe Saldaña will appear and produce another TV project Lioness along with Yellowstone creator Taylor Sheridan. That doesn’t mean her time as a franchise star is over as she will appear in Avatar 3 and its possible follow-ups Avatar 4 and 5. She will return to the role of Lt. Uhura for a third Star Trek sequel, which is still in development.