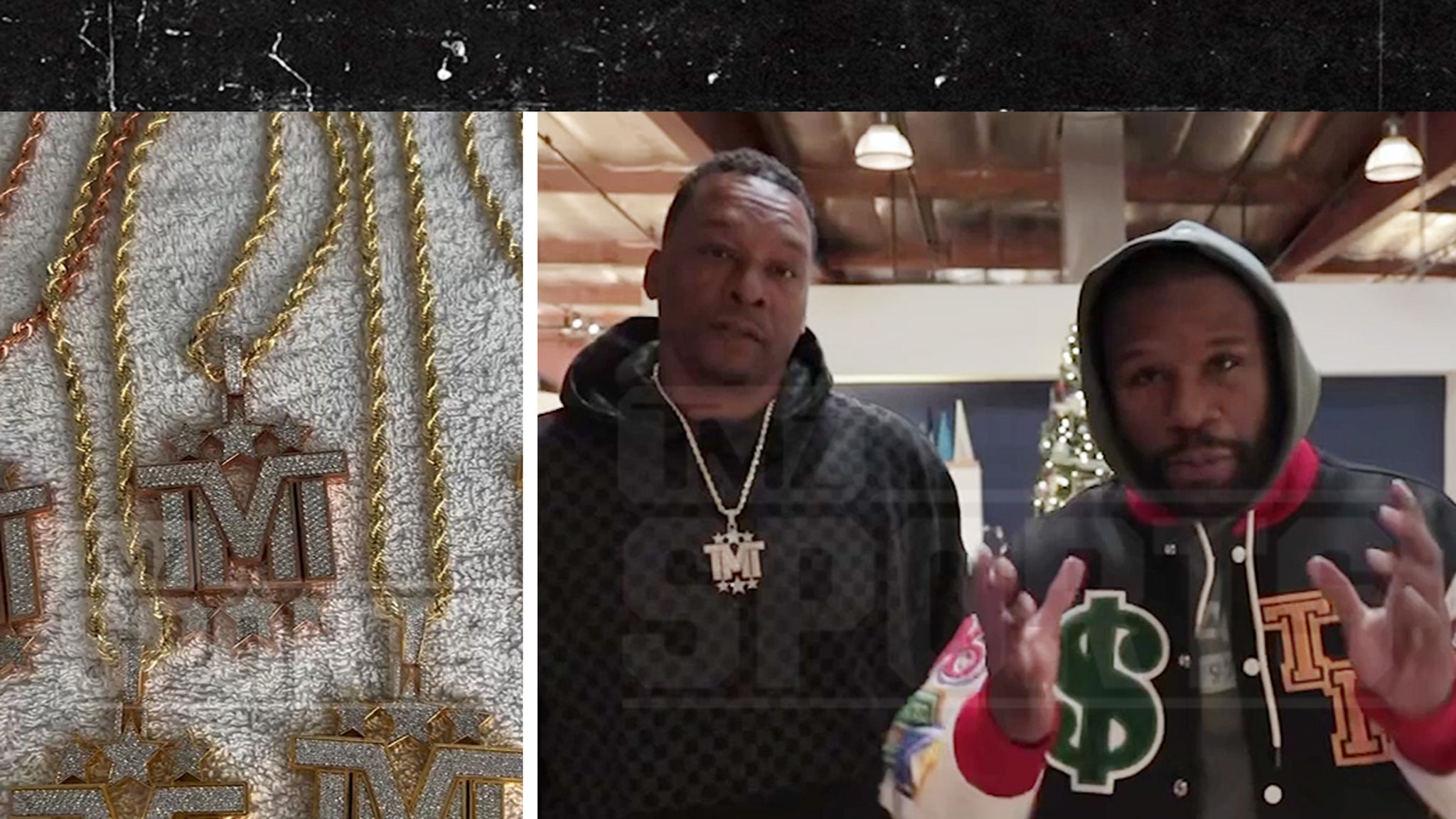 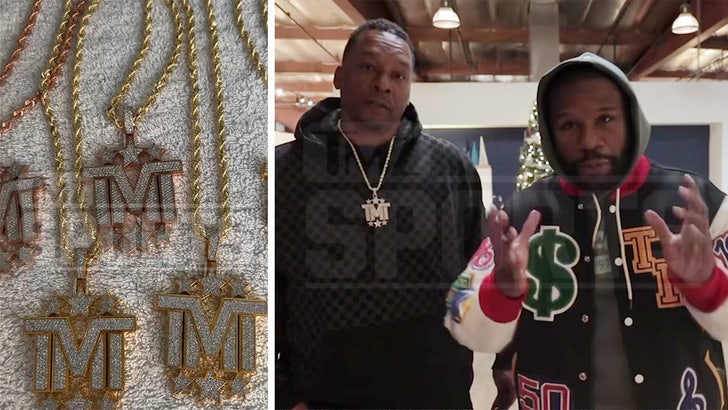 Floyd Mayweather is in the giving mood this holiday season — hooking up his closest friends (and himself) — with over a million dollars worth of bling from famed jeweler, Johnny Dang!

TMZ Sports is told 50-0 Mayweather hit up the Houston-based grill king — one of the most popular jewelers amongst celebs and athletes — and commissioned two giant “TMT” pendants and chains. 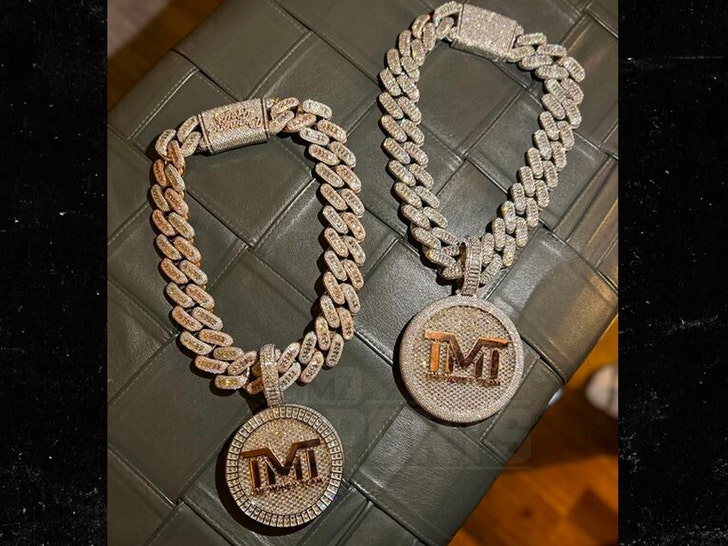 But, that’s not all Floyd bought. Not even close.

We’re also told he copped 50 chains, each costing $25K, to give to his closest family and friends. One of the pieces went to Deon Taylor, producer of Floyd’s upcoming docuseries, “The G.O.A.T.,” who he surprised with the jewelry.

Speaking of the doc, Mayweather also ordered 100 customized “GOAT” jackets … again, for some of his closest people.

This particular jacket was given to Money’s good friend, Jona Rechnitz, and features two Stars of David on the right sleeve. Fellow doc producer James McNair also received a jacket. 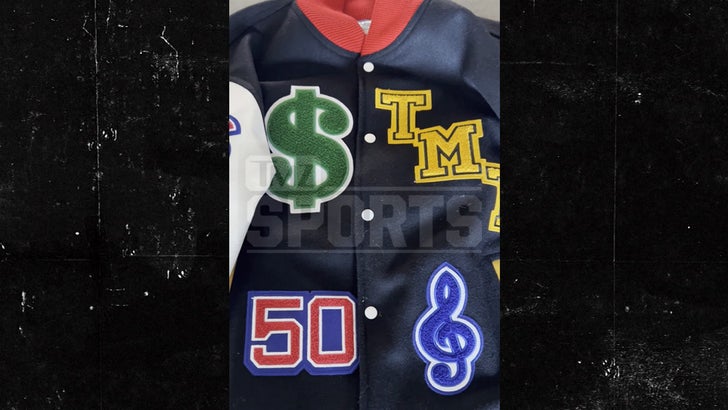 Of course, Mayweather is one of, if not the highest-earning athlete over the last decade. For 30 minutes of ring time with Conor McGregor, Floyd reportedly raked in around $300 million.

Floyd-a-Claus is coming to town!🎅🎁