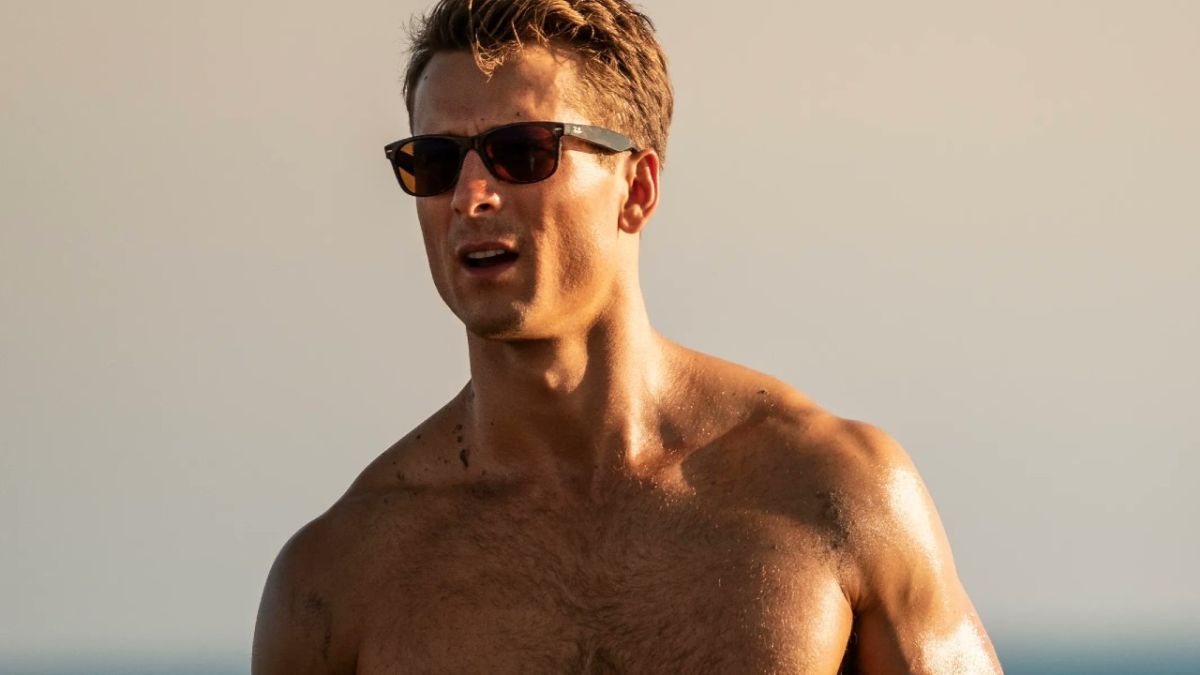 While Top Gun became a massive hit in its day due to the incredible action sequence using real jets, that was far from the only thing about the movie that became iconic and memorable. The volleyball scene in the original film has lived on in infamy as much as anything else and the sequel was going to need to do its version of that. The good news for fans is that we got our new generation volleyball scene in beach football, and now it exists as a three hour repeatable sequence, because why not?

It’s like a yule log video, but instead it’s a bunch of good looking people playing football half dressed. Really who wouldn’t want that? The video on YouTube is a Christmas gift from Paramount+ who have added a new music track to the sequence and then just looped the football scene over and over again until it runs for three hours. It’s a Christmas miracle.

The video of endless beach football comes out alongside the release of Top Gun: Maverick on Paramount+. If you’re a Paramount+ subscriber you can watch the whole movie now. But it is nice that one part of it has been made available for everybody, whether they subscribe to the service or not. I guess it’s Paramount’s gift to all, and also a pretty good commercial for why you might want to watch the whole movie.

Top Gun: Maverick took a longer road to streaming platforms than most films in 2022. Of course, the fact that it will almost certainly end up as the highest grossing movie of the year had a lot to do with that.

There wasn’t much incentive to release the movie streaming when it was still selling tickets at the box office. It even saw a late extra theatrical release just to remind people how great it was, and the movie is starting to see a lot of award nominations because of it. Expectations of Oscar nominations for Maverick are fairly high, with a Best Picture nomination perhaps all but guaranteed.

Three hours may seem like a long time to watch Miles Teller and company play football, but perhaps, like a yule log video, this is the sort of thing people will just run on the TV in the background, not so much watching it as enjoying the fact that it’s on the screen all day long.

At least I hope that’s what people will be doing with this video. If you’re going to actually watch this for three hours I worry. If they need more than that, maybe just watch Top Gun: Maverick, You can also spend all day long watching that if you like, and you’ll still get to watch beach football many times.