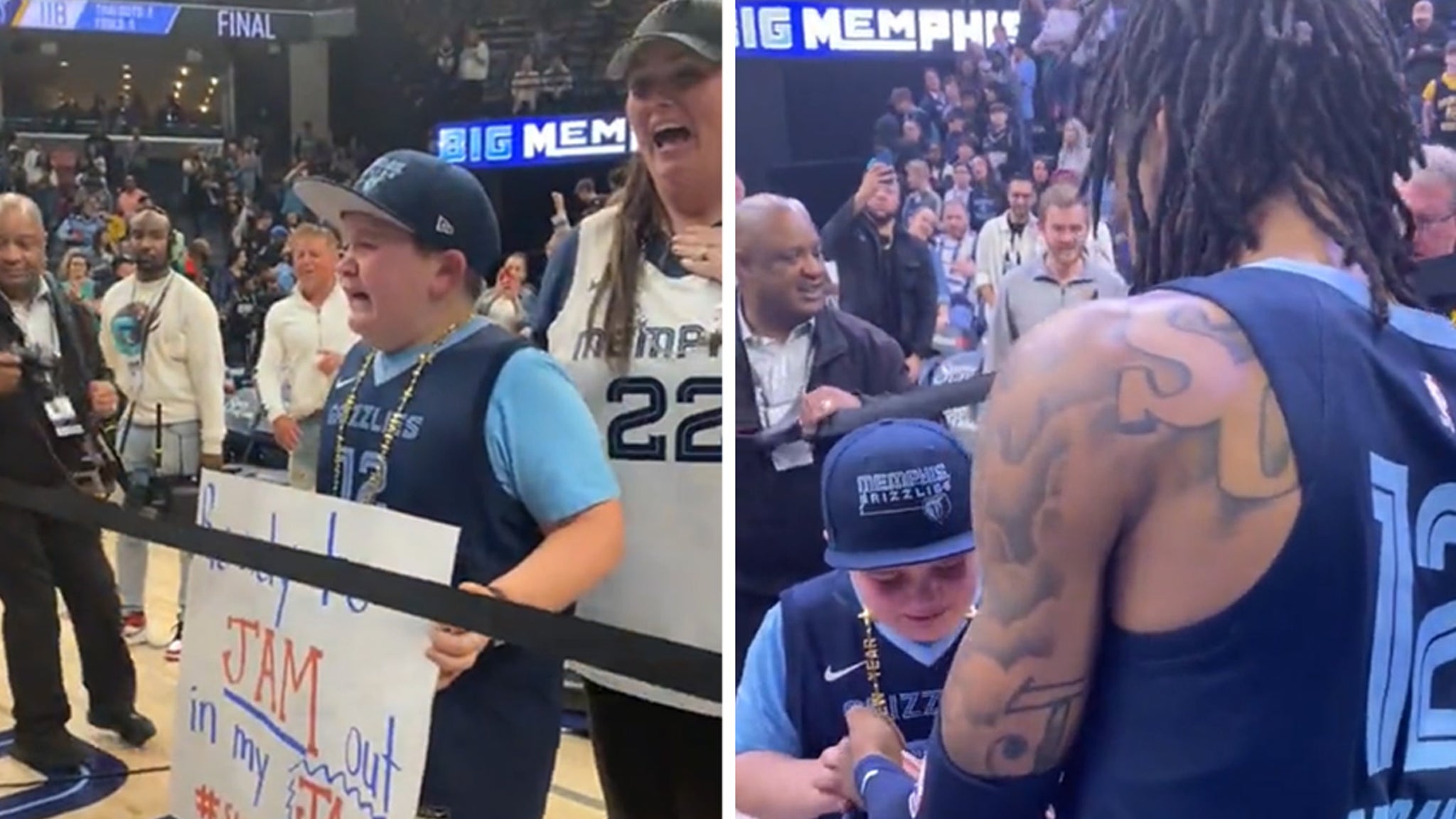 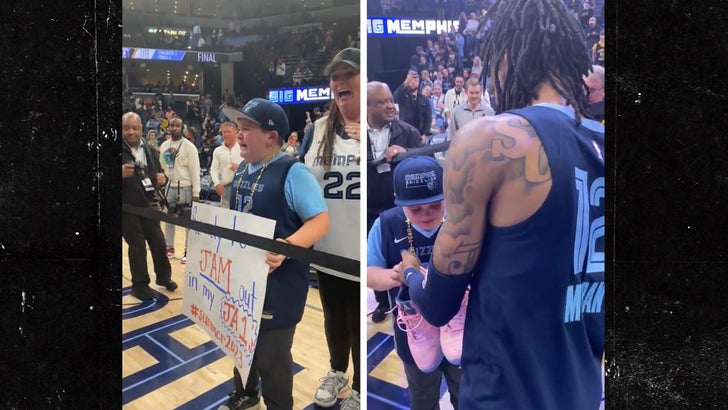 Amazing moment in Memphis on Sunday night … Ja Morant gifted a kid the shoes off his feet following a game — and the act was so generous, it brought the youngster to tears!!

The emotional scene happened after Ja and the Grizzlies beat the Sacramento Kings, 118-108 … when Morant saw 9-year-old Zander Carr holding a sign that read, “Ready to JAM out in my JA 1’s #summer2023.”

The 23-year-old NBA superstar took off his pink, Ja 1 Nike kicks … and walked over to the kid — who was already sobbing at the up-close site of the Memphis point guard.

9-year-old Zander Carr just became one of the lucky few in the world with a pair of Ja 1s. Cool postgame moment after Grizzlies beat Sacramento. pic.twitter.com/T1Dh0q8tyC

Eventually, Ja signed the shoes and gave Carr a hug — which turned the youngster into a complete puddle of emotions.

Check out the video the Grizzlies posted of the interaction — it’s pretty awesome!! 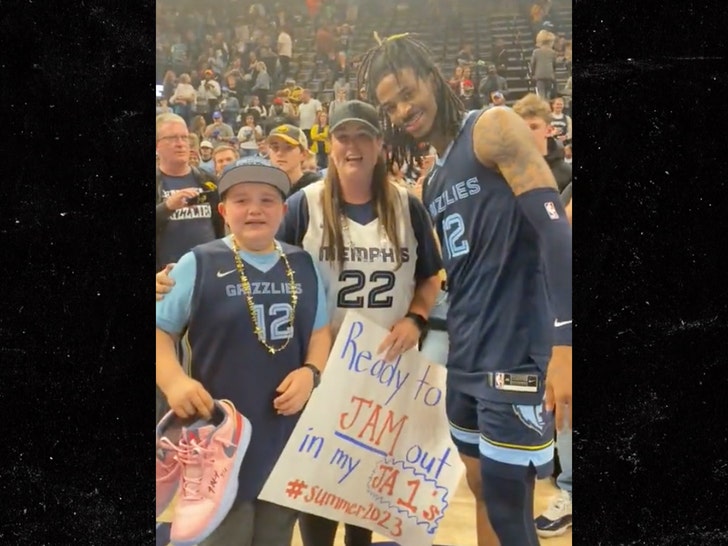 Carr’s mom, Krissi, could be heard in the clip in complete disbelief … telling Morant the game was her son’s birthday present. The three ultimately posed for a photo … before Morant headed back to the locker room.

FYI, the kicks Carr got are Ja’s debut sneakers with Nike … that were released on Christmas Day. Morant had dedicated the new signature sneakers to his 3-year-old daughter, Kaari, whose name is actually imprinted on the inner half of the shoe.