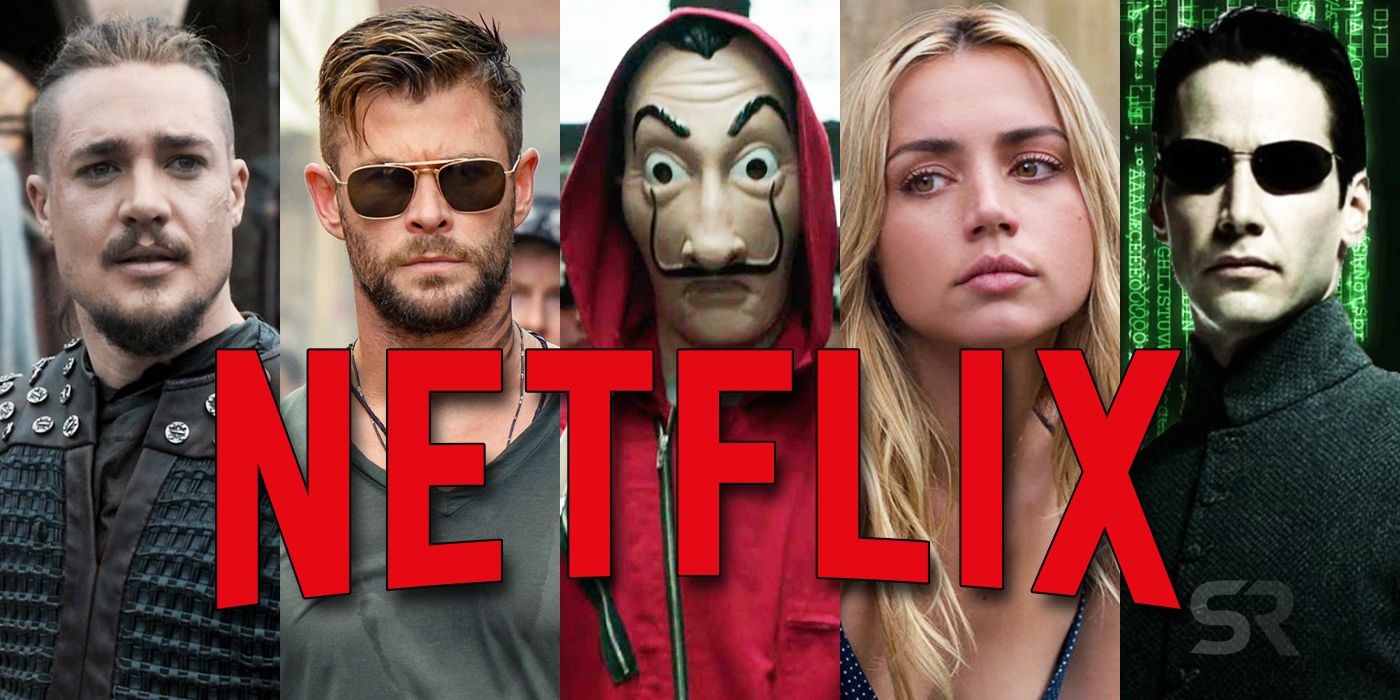 Netflix keeps adding new content to its catalogue every month, and April will welcome new seasons of acclaimed TV shows, a couple of comedy specials, and a lot of movies from all genres. With the current coronavirus pandemic, streaming services have been rearranging their schedules and preparing to handle a bigger audience. While some platforms added movies that were originally planned to arrive in later months, Netflix hasn’t had a big shake-up when it comes to content, but it will limit streaming quality in some parts of the world.

March saw the arrival of movies like Spenser Confidential and Lost Girls, new seasons of Castlevania, On My Block, Élite, and Ozark, and new series like Freud, The Letter for the King, Feel Good, and Self-Made. Netflix also added a good amount of licensed content, most notably Goodfellas, Donnie Brasco, Silver Linings Playbook, and Tinker Tailor Soldier Spy. April will also have a good dose of movies that are either returning to the platform or are being added for the first time, among those Martin Scorsese’s Taxi Driver, David Fincher’s The Social Network, and the complete Matrix series.

Of course, Netflix will also have a lot of original content releasing this month, including some highly anticipated new seasons (such as part 4 of La Casa de Papel and season 4 of The Last Kingdom), documentaries like How To Fix A Drug Scandal, and a lot of movies – from comedies like Coffee & Kareem, to dramas like Tigertail and Sergio, and a touch of action with titles like Extraction. Here’s everything releasing on Netflix in April 2020.

As it happens on the first day of every month, Netflix will add a long list of previously released movies, along with some comedy specials, documentaries, and original series.

How To Fix a Drug ScandalA documentary about the crimes of two drug lab chemists.

Sunderland ‘Til I Die – season 2

Cheech & Chong’s Up in Smoke

The Death of Stalin

The Girl with All the Gifts

The Perks of Being a Wallflower

The Good, the Bad and the Ugly

Money Heist: The PhenomenonA look at the impact La Casa de Papel has had in audiences all around the world.

The Killing of a Sacred Deer

The Big Show ShowFormer WWE wrestler The Big Show will face a bigger challenge: raising three daughters with his wife in Florida.

The Circle FranceFrench version of the reality competition show based around social media.

Brews BrothersNew comedy about two brothers who know all there is to know about brewing beer. Starring Alan Aisenberg, Mike Castle, and Carmen Flood.

La vie scolaire (School Life)In one of the poorest areas of Paris, a school counselor works with disadvantaged students while facing challenges of her own.

Love Wedding RepeatA rom-com starring Sam Claflin as a young man dealing with alternate versions of his sister’s wedding while trying to make sure it’s the perfect day for her. A remake of the French comedy Plan de Table.

The Main EventAn aspiring young wrestler comes across with a magical mask that grants him super strength, which he uses to enter a WWE competition.

TigertailWritten and directed by Alan Yang, Tigertail follows Pin-Jui (Tzi Ma) as he reflects on the love of his past and his departure from Taiwan.

The Innocence FilesA true-crime docuseries about eight cases of wrongful conviction that the nonprofit organization Innocence Project and organizations within the Innocence Network have uncovered.

Outer BanksA teen soap drama about a group of friends who unearth a long-buried secret.

Jem and the Holograms

BetonrauschGerman movie that charts the rise and fall of two real estate fraudsters.

The Last Kids on Earth: Book 2

Too Hot to HandleNew reality series.

Cooked with CannabisNew cooking series with cannabis as main ingredient.

The Midnight GospelAnimated series for adults.

El Silencio del PantanoA crime novelist gets involved in a kidnapping case while uncovering the corrupt ties between politicians and the local mafia in Valencia, Spain.

The Plagues of BreslauAfter a body is found sewn inside a cow hide, a Wrocław detective discovers a killer is recreating an 18th-century “plague” of criminal punishments.

Never Have I EverA coming-of-age comedy series about the life of a modern first-generation Indian American teenage girl.

A Secret LoveDocumentary about two women who fell in love in the late 1940s and had to keep it secret for most of their lives.

Nadiya’s Time to EatCooking show with the winner of The Great British Bake Off.

The Forest of Love: Deep CutA charismatic conman and an aspiring film crew delve into the lives of two emotionally scarred women.

Rich in Love (Ricos de Amor)Working incognito at his rich dad’s company to test his own merits, Teto falls for Paula and tells her he grew up poor, a lie that spins out of control.

Next: Coronavirus: Every Movie and TV Show Production Delayed

Adrienne Tyler is a features writer for Screen Rant. She is an Audiovisual Communication graduate that wanted to be a filmmaker, but life had other plans (and it turned out great). Prior to Screen Rant, she wrote for Pop Wrapped, 4 Your Excitement (4YE), and D20Crit, where she was also a regular guest at Netfreaks podcast. She was also a contributor for FanSided’s BamSmackPow and 1428 Elm. Adrienne is very into films and she enjoys a bit of everything: from superhero films, to heartbreaking dramas, to low-budget horror films. Every time she manages to commit to a TV show without getting bored, an angel gets its wings.

When she’s not writing, you can find her trying to learn a new language, watching hockey (go Avs!… But also Caps and Leafs), or wondering what life would have been like had Pushing Daisies, Firefly, and Limitless not been cancelled. Breakfast food is life and coffee is what makes the world go round.

Guillermo del Toro said “hi” to her once. It was great.