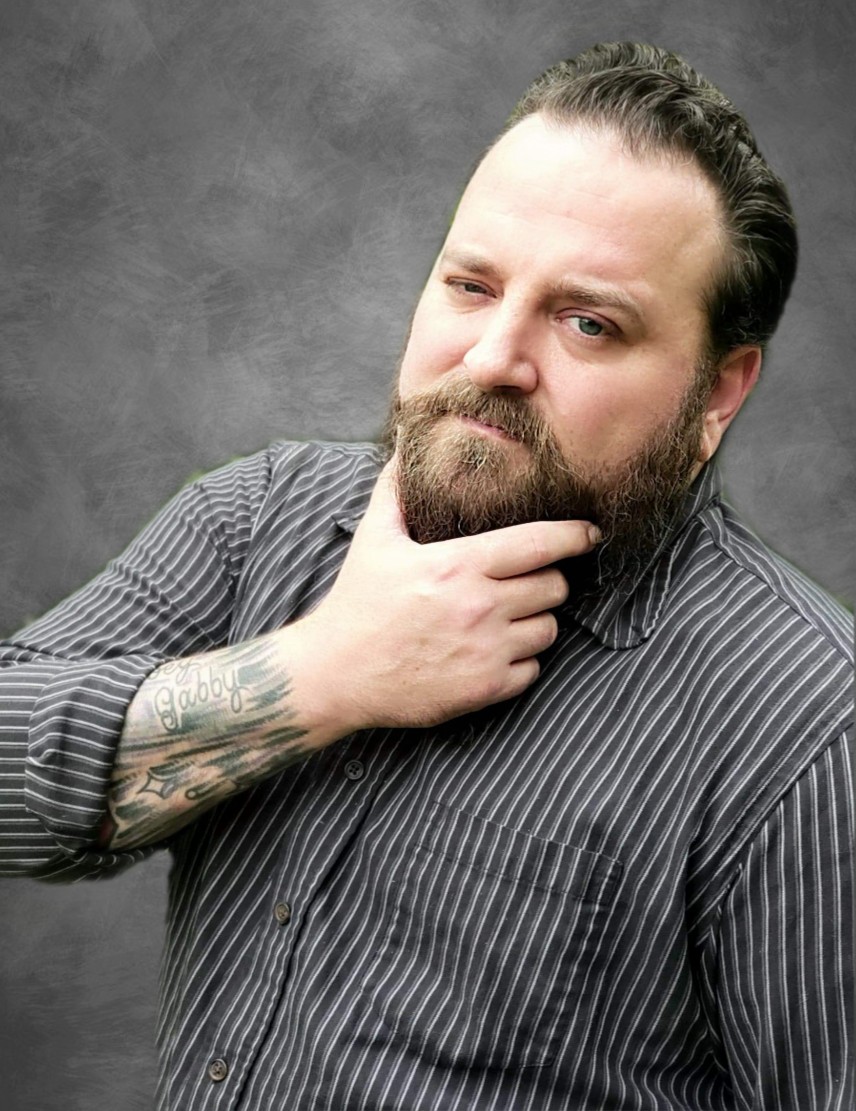 Derek Hanjora hosts one of the coolest podcasts on the planet. He is a full-time host and has the conversational knack. However, there is more to Derek than radio/tv. I caught up with Derek in the interest of seeing what drives him and how he got the name “Suck It.”

What inspired you to do a radio/TV show in the first place?

Well I was diagnosed as bipolar in October of 2018. I have had many ups and downs since then, including 2 different suicide attempts. I have been in the Entertainment industry for 20 years in some way shape or form. I knew that I could use everything I have learned about life, comedy, entertainment and most importantly my mental illness to entertain the as many people that I could. So, I thought what better way to do that than through a podcast. A place I could be raw, emotional, no rules and just be unapologetically me. I started the show with the intent to let others like me know that they are not alone, and that there is support out there for them. When I talk to celebrities, I talk to them about this as well, because I want my listeners to hear the raw un-talked about side of entertainment. My audience doesn’t only hear me talking about it, they hear about these famous people and their struggles too. At the same time, I don’t want mental health to be the main focus everyday. I want to entertain, tell jokes, joke around the with my guests, and bring on bands to play that are unsigned local talents that deserve to be heard. I want to do a talk show in a way that’s never been done before. 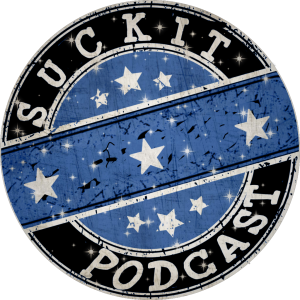 Aside from Your podcast you are a stand-up comedian… how funny are you?

Funny enough to make my illness sound like the funniest tragedy in the history of the earth. Imagine George Carlin, Anthony Jeselnik and Neal Brennan all doing directors commentary on the movies “Girl Interrupted”, “The Joker” and “Black Swan” that’s my type of funny. I bring the funny in a tragic dark way that not only makes you laugh but also makes you think.

What do you look for in a guest?

While every name that comes into my inbox, I might not know who they are or what they are famous for, they still have a story to tell. My job is to be the megaphone in which they use to tell that story. I want to hear that story, learn more about it and be inspired by it. Regardless of who they are they are important, and need to be heard just like everyone else. I look for someone who isn’t afraid to be open about their life and be just vulnerable during our conversation. 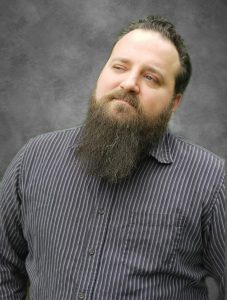 Before your podcast you were a lot of interesting things…care to talk about it?

When I was 5 years old I saw “Thriller” for the first time. From that moment I became obsessed with the entertainment industry . I wasn’t afraid watching that video at 5 years old, because to me I wasn’t watching a music video. I was watching an entertainment class taught by one of the greatest entertainers of all time, Michael Jackson. I learned in that video that there is more to music and acting than just being a Singer or being an Actor, you need to be an Entertainer. I always had a dream of doing it all. I learned guitar in my teens and played in a bunch of bands in the Orlando area, before eventually choosing to give it up after my daughter was born in 2001. So after a few years I missed being on stage, and making people happy. In 2004 I decided it was time to do it again. Only this time I pursued another dream of mine, being a professional wrestler. After getting out of wrestling school, I traveled throughout the Southeast. While traveling and wrestling in many different companies I met a lot of cool people. During this time of being a wrestler, I played a character, which was essentially just acting in front of a crowd. It was at this time I finally made sense of what being an entertainer really was to me. I knew when I was 5 what it meant, but it wasn’t until 20 years later that I knew what it took to truly get to be one. In 2013 I broke my neck in a really bad car accident and couldn’t wrestle anymore. So, I started thinking of other ways to entertain. I knew I was good at a lot of different types of entertainment, plus I knew how to get a crowd to laugh and keep their attention. I decided to pursue comedy, I spent years studying and writing, then started doing open mics. Then the virus hit, and I couldn’t just sit back and not be on stage. So I decided to this time do it virtually, the rest is history.

Suck It Podcast…. I know what you suck but tell the rest of the world?

Well, I suck at being what society believes is normal. I have tattoo’s, paint my nails, listen to loud metal music, and am a man with bi-polar depression. Years ago society said men couldn’t be depressed, to just “Suck it up, drink some whiskey and move on”. Even today men are looked down on for being depressed. While tattoos and loud music have become more a part of our society, it is still looked at as being different than the societal norm. So, while I suck at it now, I am going to show everyone why I, and others like me, don’t suck. At the end of the day, I can proudly say to everyone that ever told me to “Suck it up” to simply just, Suck It! 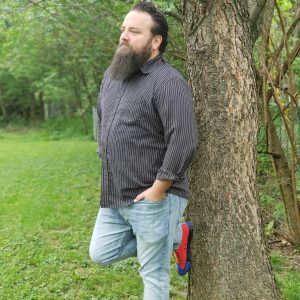 What are your goals and what drives you forward?

My goal right now is to turn my show into the best talk show on the internet. I want to take all the best elements of Rogan and Stern, then merge that with elements of the “Tonight Show and The Late Show”. Interview guests, have on bands and comedians, but do it my way. Not ask canned questions that the PR rep told me to abide to, or to be afraid of upsetting the guest by going somewhere that is off limits to them. I want to push those boundaries and get to the heart of who they truly are. I want to bring on unknown and unsigned comedians and bands and show them off to the world. I want to be a megaphone for them to show why they are the next big thing. I want to be an outlet for all types of entertainment and have the chance to show you the next big, up and coming acts before anyone else, and give you a reason to pay attention to them.

You are a brand new crayon in a box of 64 crayons… what color are you and why.. remember you’re a brand-new color never before seen?

When your down or sad, people say you’re “feeling blue”. These people might not know what that blue feeling is really like. So, I would be “Bi-polar Blue”. Therefore, every time you pick me up to draw you can look at it and know what it truly feels like. A color that truly allows you to know what feeling blue really is. While you’re drawing with it, the color could magically change to green or red without warning. In the end you look at your drawing and it is multiple colors and different shades of those colors, but you only used one crayon. While looking in it you realize that was your pattern of moods throughout one day. While it makes you sad to see, you also see deep inside a different color, hope and clarity. Then once you see the hope and clarity inside all these colors, the colors in the picture change again. Only this time it’s a completely different color, Happiness. 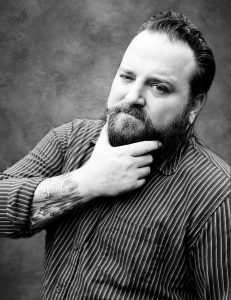