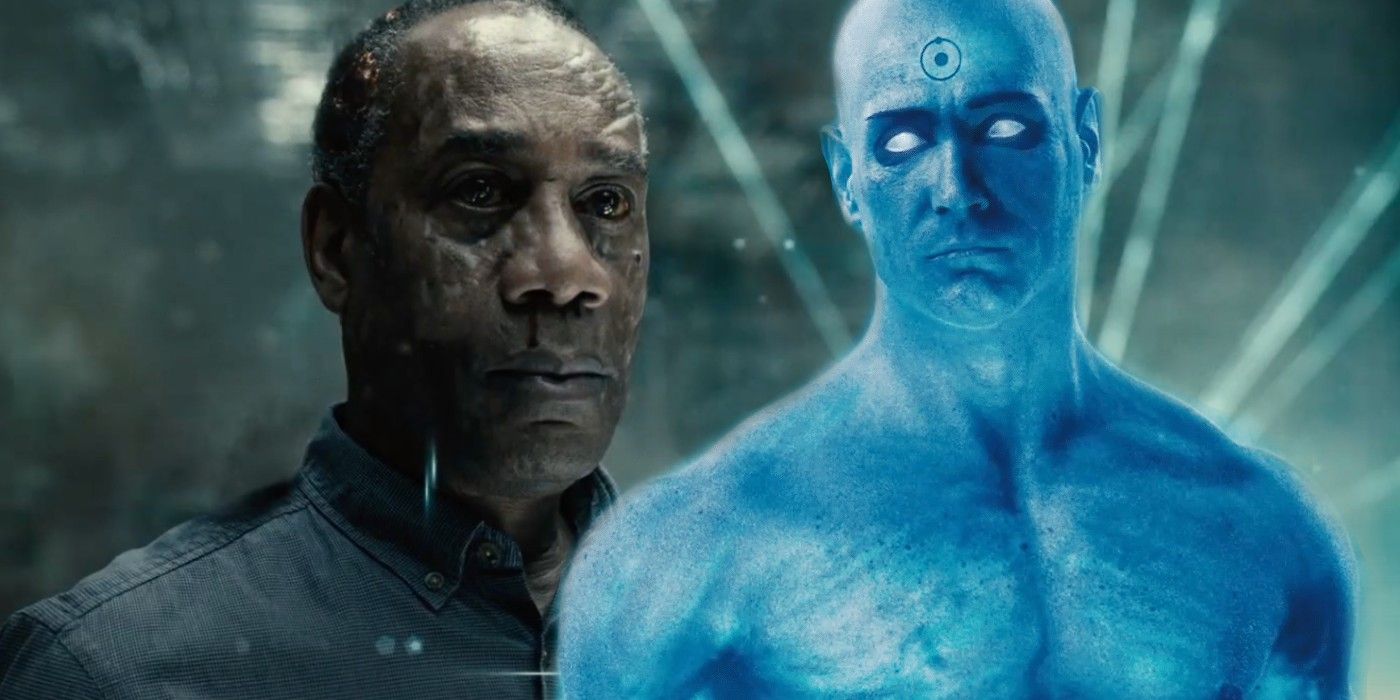 Did you catch the nod to Watchmen in the new Justice League Snyder cut trailer? Thanks to his work in the DCEU, Zack Snyder has become one of the most talked-about directors of recent years, but his association with superhero cinema (and the world of DC) charts all the way back to 2009 with the release of Watchmen. Announcing himself with a modern Dawn of the Dead remake, Snyder tackled Alan Moore and Dave Gibbons’ supposedly un-filmable graphic novel and the results were predictably divisive. Despite changing up the tone and final act, Snyder’s Watchmen attracted much praise, and is still considered his strongest directorial effort by some. The Watchmen movie would also act as a progenitor for the style and aesthetic of the DCEU.

Although a sprinkling of controversy is par for the course with Snyder movies, his DCEU run has been a roller coaster of twists and turns. After a mostly-praised Man of Steel was followed by the critically-panned Batman V Superman: Dawn of Justice, Snyder’s Justice League was hijacked following the director’s post-production departure, resulting in a film markedly different from Snyder’s intention. Years of heavy fan pressure ended with Warner Bros. eventually agreeing to release the Snyder cut, which is now confirmed as an epic 4-hour event on HBO Max. A trailer was aired during DC’s FanDome event to widespread acclaim.

The Snyder cut trailer contained a number of key moments, but one of the biggest was the death of Silas Stone. Since the scene had already been discussed openly by Snyder, the demise of Cyborg’s father didn’t come as a surprise, but witnessing the moment in live-action for the first time evoked strong images of John Osterman’s transformation into Doctor Manhattan from Watchmen. In Snyder’s 2009 movie, Osterman is trapped in an Intrinsic Field Generator. His friend watching on helpless from outside, the bright confines of the cell wrap over John and energy licks at his body until, suddenly, John accepts the inevitable and his entire physical being is disintegrated by blueish light.

Silas Stone’s Justice League death is extremely similar, or at least the parts seen in the new trailer. In this sequence, Silas is trapped inside some kind of transparent cuboid cage. Instead of a colleague watching on in horror, it’s Cyborg himself who is forced to witness events from outside, and replacing the Intrinsic Field Generator is the Mother Box Silas was working on at STAR labs. The Snyder cut scene features the same style of bright blue/white lighting as Osterman’s accident in Watchmen, and Silas even disintegrates in a way that evokes Doctor Manhattan’s origin. In place of the lightning that danced around Watchman‘s doomed scientist, the Mother Box casts beams of light that spell the end for Justice League‘s own tragic academic.

The death of Silas Stone is a neat callback to one of Zack Snyder’s most popular movies, and a loving homage to a film that provided an early blueprint for the DCEU. Snyder has also previously named Manhattan as his favorite comic book character. However, the visual parallels are likely where the Silas and Manhattan comparisons will end. In Watchmen, Osterman’s transformation is entirely down to bad fortune – leaving a watch behind in the generator chamber. This would be a fairly meaningless way for Silas to bow out in Justice League. More likely, the death of Cyborg’s father is some kind of sacrifice where the Mother Box needs to be activated, but whoever does it will be blasted into smithereens. Alternatively, Silas might be trying to find a way to destroy the Mother Box, knowing that nasty alien types are looking to get their hands on it. Fans also shouldn’t expect Silas to return as a glowing blue superhero with his genitals on full display.

Craig first began contributing to Screen Rant in 2016, several years after graduating college, and has been ranting ever since, mostly to himself in a darkened room. Having previously written for various sports and music outlets, Craig’s interest soon turned to TV and film, where a steady upbringing of science fiction and comic books finally came into its own.
Craig has previously been published on sites such as Den of Geek, and after many coffee-drenched hours hunched over a laptop, part-time evening work eventually turned into a full-time career covering everything from the zombie apocalypse to the Starship Enterprise via the TARDIS.

Since joining the Screen Rant fold, Craig has been involved in breaking news stories and mildly controversial ranking lists, but now works predominantly as a features writer.
Jim Carrey is Craig’s top acting pick and favorite topics include superheroes, anime and the unrecognized genius of the High School Musical trilogy.