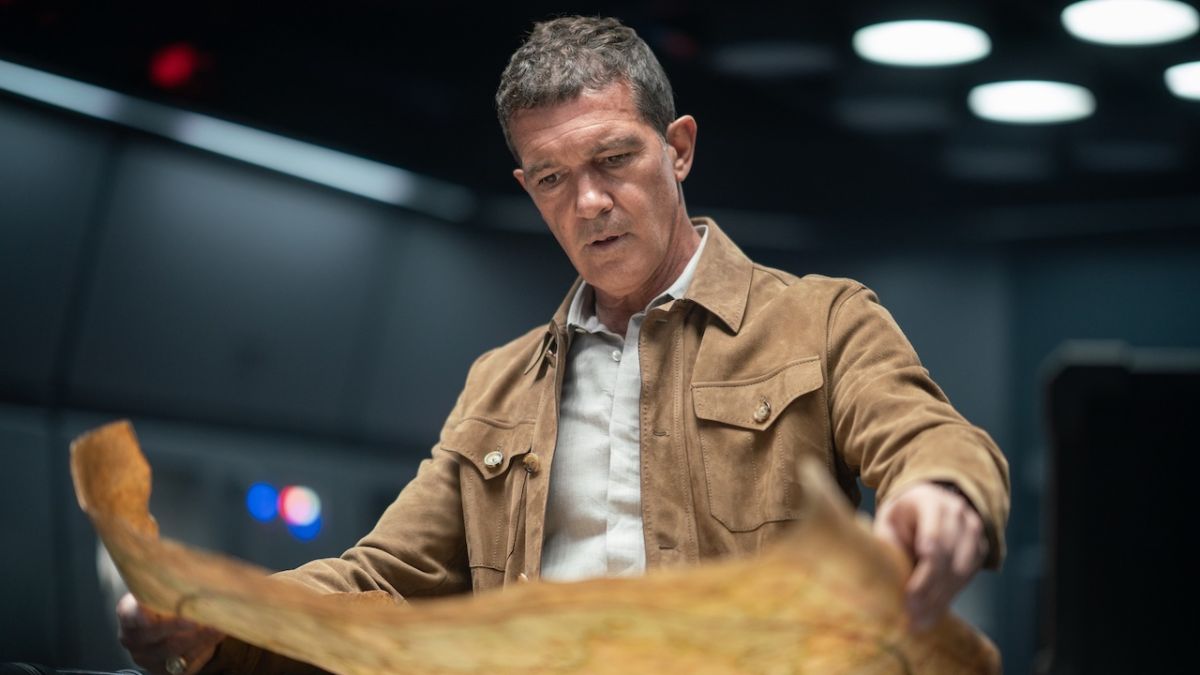 Although Harrison Ford’s Dr. Henry Jones Jr. will reunite with John Rhys-Davies’ Sallah, next summer, most of the Indiana Jones 5 cast is comprised of new faces. This includes Antonio Banderas, an actor who’s no stranger to adventure moves thanks to his outings as Zorro, voicing Puss in Boots and starring in Uncharted. Now we finally have some details straight from Banderas himself on how he fits into Indiana Jones 5, which will be Ford’s final time playing the fedora-wearing title protagonist.

We learned that Antonio Banderas will appear in Indiana Jones 5 back in July 2021, and this past June, the actor shared how he reacted the first time he met Harrison Ford on the 2023 movie release’s set. Cut to his recent interview with Collider on behalf of his next movie, Puss in Boots: The Last Wish, while Banderas didn’t share the name of his Indiana Jones 5 character, he did reveal this individual’s relationship with Indy and roughly how much screen time he’s getting, saying:

So evidently we won’t be seeing much of Antonio Banderas in Indiana Jones 5, but his character will provide some aid to Indy in his latest cinematic outing. Hopefully we at least learn how far back Indy goes with Banderas’ character. Have these two known each other since the World War II days, or is this someone Indy met after the events of the not-as-beloved Kingdom of the Crystal Skull? Whatever the nature of their relationship is, at least we know Banderas’ character will be an ally to Indy rather than an enemy, and the actor reiterated that he had a “great time” working with Harrison Ford.

The last few weeks have delivered some major Indiana Jones 5 goodies, including our first full look at Harrison Ford back in character following the teasier image that was shown in May. Set in 1969 against the backdrop of the Space Race, Indiana Jones 5 sees Indy facing off against Mads Mikkelsen’s Voller, a Nazi who’s been recruited into the United States’ moon-landing program and is wanting to obtain a mysterious object that he believes would allow him to “correct some of the mistakes of the past.” Voller will be aided by Boyd Holbrook’s Clabber, who’s described as a “crazed lapdog,” while Indy will be accompanied by his goddaughter Helena, played by Phoebe Waller-Bridge. The movie will also open with a World War II-set action sequence featuring a de-aged Ford.

Indiana Jones 5 opens in theaters on June 30, 2023, but you can hear Antonio Banderas on the big screen sooner than that when Puss in Boots: The Last Wish comes out on December 21. Break out your Paramount+ subscription if you want to stream the older Indiana Jones movies.